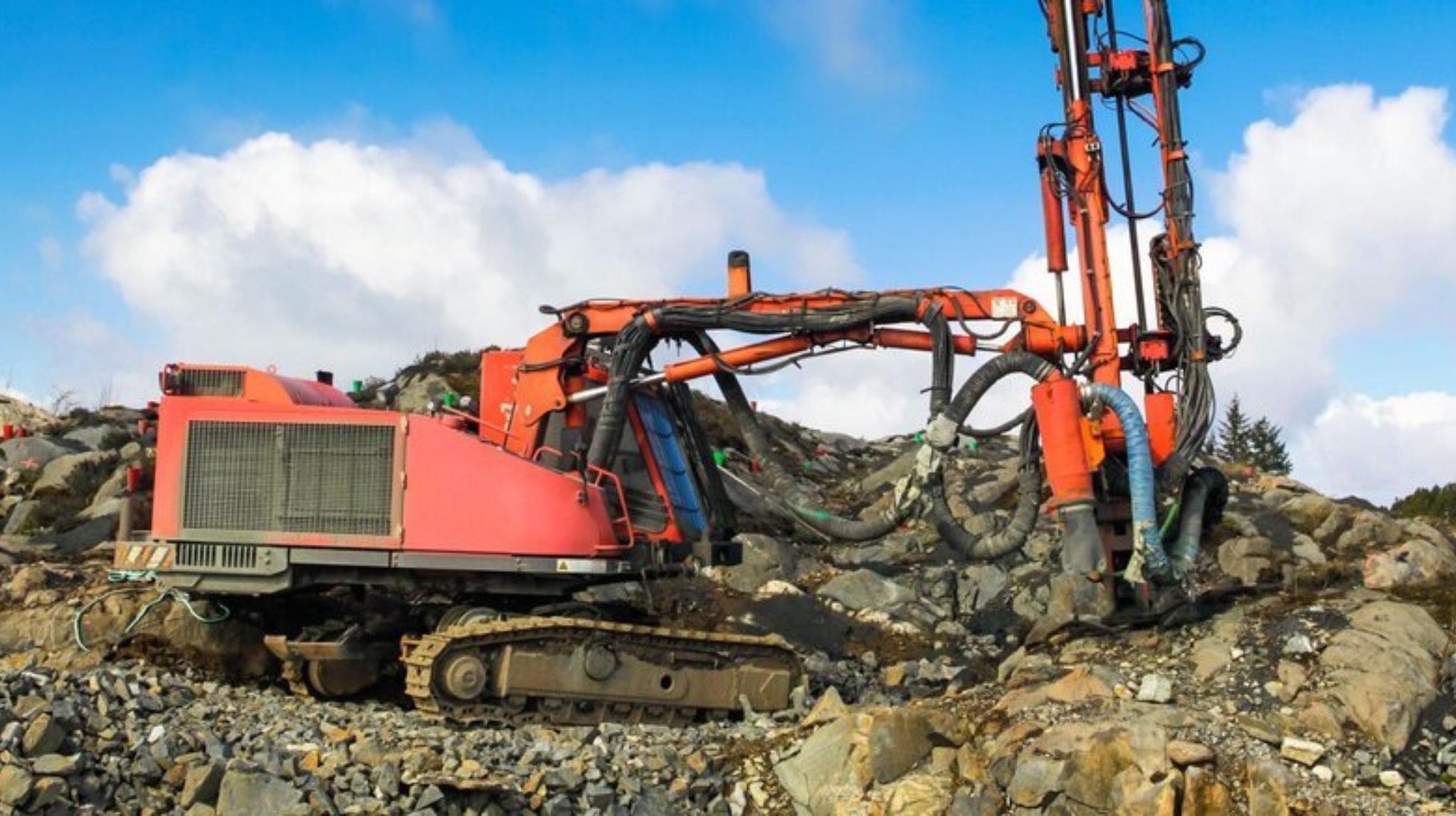 Investors are currently living through an investment environment that is largely narrative driven. One of the current narratives gaining popularity that’s also backed up by data such as a steepening yield curve and higher commodity prices is that inflation is coming, and mining companies have responded to this narrative as you’d expect with many experiencing strong price gains in 2020 and into this calendar year.

As Australian miners look at capitalising on the lift in commodity prices and transition from explorers to producers, production critical, hydrogeological drilling and dewatering services may reveal themselves as key beneficiaries. Approximately 65% of the economic resource in WA’s Pilbara is located under the water table, requiring significant dewatering before extraction. Over the next three years, dewatering in the region will increase ~30%, as miners will need to remove an additional 125GL of water p.a. Vysarn (ASX: VYS) and its subsidiary, Pentium Hydro, have been operating in this space since late 2019, and are looking to capitalise on miners’ need to uncover their resource.

Vysarn has an interesting story, having really been born from their acquisition of Ausdrill’s drilling assets in August 2019. After a bargain purchase of 10 drill rigs for $16m – which were then later independently valued at $23.6m – they claimed the assets and inventory needed to start operations of their hydrogeological and dewatering business through the trading name Pentium Hydro Ltd. To fund the transaction and provide working capital, Vysarn raised $7m from equity capital markets and obtained debt funding of $8.8m from Westpac, before successfully relisting on the ASX.

At the end of FY20, 7 of the 10 rigs were still contracted, with a peak deployment of 8 over the period. The two idle rigs in FY20 were being upgraded to satisfy RIO/BHP compliance specifications, with target deployment in Q3FY21. In May 2020, Pentium Hydro entered into a binding Asset Sales Agreement with Southern Rig Hires, located in New Zealand. Under the agreement, Pentium purchased two additional dual rotary drill rigs for $2.1m, progressing the company’s organic growth strategy, bringing the total number of rigs to 12. The New Zealand assets are being brought into rig readiness state, with target deployment in Q3 and Q4FY21. Management is looking to execute multi-rig, multi-year contracts for the remaining un-utilised rigs, with the intention of running at full capacity by 30 June 2021. With the recent ISO accreditation awarded on the 10thof February 2021, Vysarn is positioned as a preferred contractor for all tiers of current and prospective clients across multiple industries, which should act as a leg up in competing for future contracts. The accreditation was an “incredibly important” step for CEO James Clement, who is now optimistic on landing contracts for all available rigs in the aforementioned time frame, and hopeful that the two compliance upgraded rigs, combined with ISO licensing, could land them important contracts with the two tier-1s, RIO and BHP.

What’s most exciting about Vysarn’s story was its ability to quickly execute on its strategy, achieving operating revenue of $11.91m in FY20, almost all of which coming from the second half. After beginning operations in September 2019, receiving $1.78m in operating revenue for the first 3-months, and ramping up to near full output shortly after, management must be given the credit for the pace at which they’ve secured contracts, putting the rigs to work. Over the period, the company produced total revenue of $19.29 million, with other income comprising the $7.18m gain on the Ausdrill asset purchase. As of the 30thof June 2020, with 7 utilised rigs, Vysarn was generating $2.5m revenue per month, backed by multiple large contracts signed with Roy Hill and Iluka Resources in the second half of FY20. With utilisation at ~60%, and most tier-1 contracts coming towards the end of the financial year, it should be somewhat obvious to investors the revenue generating potential of Vysarn at full productive capacity, with simple extrapolation indicating potential revenue per month of ~$4m (~$45m annualised), all else being equal. With the potential to generate revenues in excess of its ~$40m market cap and already achieving positive operating net cashflow of $2m in FY20, Vysarn is well positioned to spring off their current rig capacity into their next stage “water vertical” or seek further bolt on rig acquisitions.

In the FY20 period, Vysarn returned EBITDA of $6.03m and Net Profit After Tax (NPAT) of $4.84m, including an income tax benefit of $2.36m. Whilst impressive to post a healthy profit in its first year of operations, with 85% of operating revenue received in the second half, it should be noted that these numbers were inflated by the $7.18m gain on the Ausdrill asset purchase, effectively putting Vysarn at a breakeven in FY20. Posting a very healthy FY20 report meant Vysarn finished the year with $9.71m in cash and cash equivalents, which gives management the choice of either accelerating their growth organically or pursing a range of acquisition options.

Over the first 6-months of this financial year, operating revenue far exceeded the previous corresponding period by $9.67m, reporting revenue of $11.45m. The caveat being the corresponding period was their first 3-months of operations. Nonetheless, the $11.45m came from an average 7 out of the company’s 12 rigs being deployed at any one time, a testament to the “simple extrapolation” comment made earlier, regarding the revenue generating potential of Vysarn when productive capacity is met. The average EBITDA from July to November was $0.5m, before early mine shutdowns and unfavourable weather conditions, with total EBITDA for the period being $2.36m and net profit after tax being $0.94m. Their vulnerability to mine shutdowns and lower than anticipated earnings is what will likely concern investors, although management is still confident the company will meet guidance of $6m EBITDA in FY2021, with multiple “late-stage contract negotiations” currently underway.

With all 12 rigs expected to be deployed by the end of FY21, CEO James Clement is trying to “position [Vysarn] as a water business,” meaning he believes the vertical integration of additional water services is the key to their successful expansion of operations. Being a “non-capital-intensive move” involving the upgrading of current rigs to allow a service like test pumping, he feels given the “highly fragmented [water service] market,” Vysarn has the potential to become the premier operator in the space. Feedback from current clients suggest considerable demand for these additional services, with some already asking Vysarn to “be a whole of life, end to end water service provider.” Clement suggests an earnings accretive acquisition of a private business in the water vertical space could be the best entry into the market over the next 12-24 months. It should be noted that whilst management is focused on developing their water services, they will continue to be on the lookout for additional rigs, with the expectation that they will deliver significant synergies. 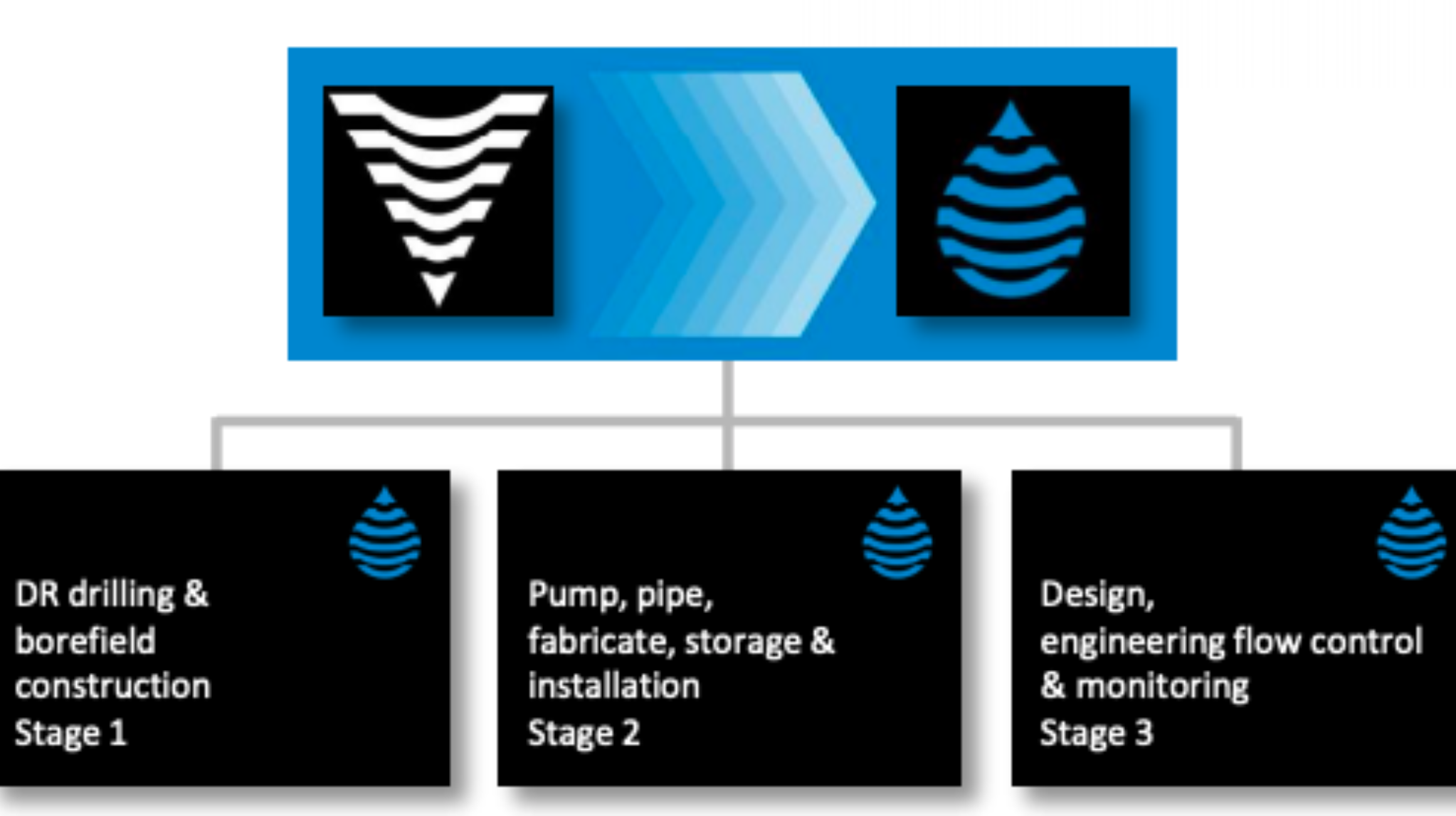 Whilst debate remains about whether we are in a late cycle for investing or whether we’re in a new cycle post the Covid-19 market correction in March 2020. What is certain is that markets are currently exhibiting many “late-cycle” traits such as explosive price moves higher often backed up by “stories” as opposed to an increase in traditional valuation metrics such as earnings. While the volatility can be stressful for investors, it is often in times like these when the most alpha is created, hence the risk to go to cash is omni present. What can help investors through these times is investing in stocks with a more concrete valuation to fall back on so that should the “vibrant” market continue the upside is enjoyed (albeit less so than the pure story stocks) but should a correction occur, there is a stronger floor under the price of the stock than that of the pure “story” stock.

In many ways Vysarn fits this bill of being a profitable, revenue generating machine, whilst also being part of a strong narrative of being exposed to the mining sector, one tipped for continued strength should an environment of higher inflation emerge.