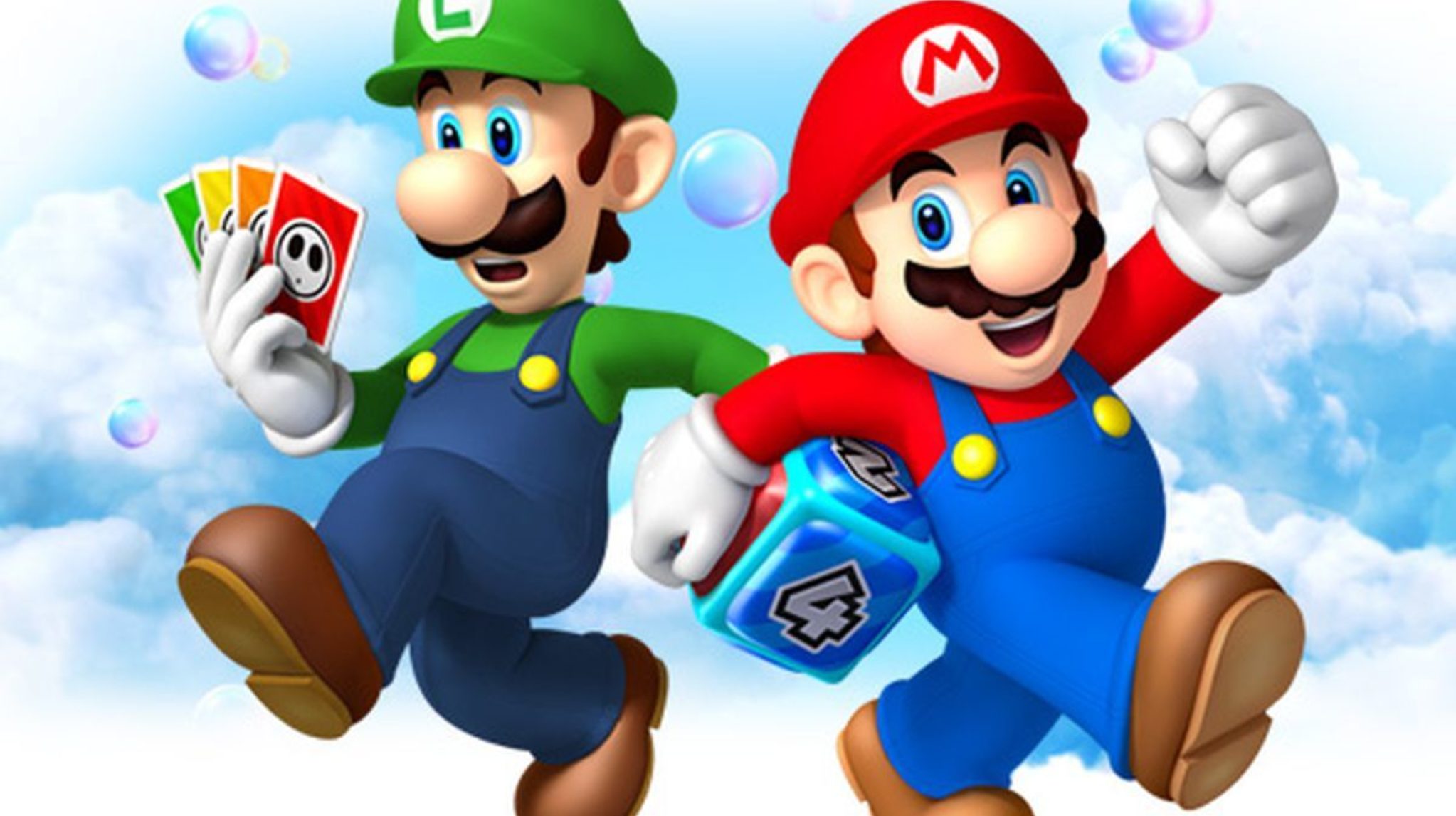 The entertainment and media industry took a huge hit in 2020, with global Covid-19 lockdowns resulting in an 18% decline in traditional movie revenue, with the industry recording their lowest figures since 2016. Whilst there were many losers from the dramatic shift in consumer preference, some alternative sources of entertainment had their best year to date, with the videogame industry recording US$173.7 billion in revenue. The evolution of video games, encouraged by the incredibly lucrative and fast paced growth of live gameplay streaming on platforms like Twitch and YouTube, and competitive e-sports, has put a rocket under an industry that was previously only considered a recreation.

Over the following five years, the video game market is expected to grow at a CAGR of 9.64% to US$314.4bn by 2026. In half a decade, the industry is likely to grow ~80% or US$140bn, with just a few major companies likely to reap most of the rewards – Sony, Tencent, Microsoft, Activision Blizzard, and Nintendo. Finding direct exposure to the video game industry can be tricky, the PlayStation and Xbox consoles are owned by Sony and Microsoft, and Tencent holds an array of different investments, with only a small portion in gaming. Furthermore, with China’s recent crackdown on tech companies and new proposals to drastically limit video game time for under 18s, Tencent moves further away from an appealing entry to the video game industry.

That should turn investors’ attention towards Activision Blizzard and Nintendo as two opportunities with direct exposure to the video game market, without the obvious jurisdiction risks. Activision is arguably best placed to take advantage of the growing streaming and e-esports space, developing some of the world’s most popular video game franchises, such as Call of Duty, World of Warcraft, Diablo, and Overwatch. Nintendo mainly differs from Activision in its very successful console business, which currently holds ~31% market share – thanks to the 26 million Nintendo Switch units sold in 2020. It might also offer value in a very unique and likely under-looked potential business stream in the non-fungible token (NFT) market. Whilst Nintendo has shied away from commenting on the very obvious synergies their highly successful Pokémon franchise might yield with the combination of NFTs, the growing push by fans online and the rapidly growing NFT market offer them a reason to consider exploring the idea.

To shine some light on the NFT space, in the first 6-months of 2021, there was a record $2.5bn in sales volume, up from $13.7m in 2020. Again, it’s mere speculation, but if Nintendo were to seriously consider entering this space, it doesn’t take too much imagination to see how wildly successful a Pokémon NFT trading card game could become, given its already incredible success as a collectible. In December 2020, a rare 1999 Charizard Pokémon card sold for $369,000, the most expensive non-sport related collectible trading card ever sold. What should further encourage Nintendo into developing in this space is the success some online NFT “play-to-earn” games have had copying the Pokémon model.

Axie Infinity is one of those NFT-based ‘Pokémon’ style games making huge waves in the crypto space, showcasing the insane potential this new era of videogaming might bring for developers. The video game recently hit 1 million daily active users worldwide and is already generating greater revenue than any other protocol, except for that which it is built on, Ethereum. Bloomberg reported that total revenue over the month of August hit AU$663m, exploding in size as new users pile onto the play-to-earn game. Whilst this example might be a one-off and a benefactor of the recent ‘lunacy’ of the crypto world, it shouldn’t be cast aside by ’traditional’ video game developers. Investors and video game developers alike should keep an eye on how quickly this platform is developing, something that is likely to either disrupt the industry or become a huge tailwind for a company like Nintendo in the near future.

What sets Nintendo apart from any other video game company, including Sony’s PlayStation and Microsoft’s Xbox, is their ability to turn a profit on their wildly successful console. Whilst Sony and Microsoft continue their infamous fight for market share, lowering the price of their console into loss making territory, Nintendo is able to maintain a healthy profit margin on each of their Nintendo Switch products sold.

Nintendo’s stock performance YTD has been weak, falling ~18% on the back of management’s forecast of a weaker FY22 v FY21, expecting net sales to fall 9% and net profit to fall 29%. On face value, the forecasts and recent quarterly update indicate these numbers are likely accurate, although with context show a surprising amount of composure given the extent of their FY21 success. This potential ‘misreading’ has led Nintendo into a position that might offer investors serious value in one of the most established video game companies in the world.

Sales were down 9.9% in the first quarter of FY22, almost all of which can be explained by the timing of the release of one of Nintendo’s most popular franchises, Animal Crossing: New Horizons, in Q1FY21. Reading deeper into the figures show that the sale of Nintendo’s cornerstone product the Nintendo Switch actually increased 8.5%, with a drop in sales of the Nintendo Switch Lite console responsible for the falling revenue. To put the size of the Animal Crossing game into perspective, 33.89 million units were sold since March 2020, becoming the second most sold game on the console within a year, outselling the first best 2-to-1 in FY21. Taking the incredible success of this release into consideration, Q1FY22’s results were surprisingly durable and should indicate to investors that their incredible FY21 performance wasn’t a one off, but a signal to expect numbers far exceeding their long-term average going forward. To add further context, using Q1FY20 as a base period pre-Covid-19 lockdown, revenue is up 87.5% and net income up 459% to Q1FY22, even after the drawback experienced in the first quarter of this financial year.

The big, short term catalyst investors should have on their radar is the release of the Nintendo Switch OLED model in early October 2021, selling at a US$50 premium to the current base model. The handheld console will boast a slightly larger, higher quality OLED display with double the storage and will be the first upgraded model since Nintendo first released the Switch in 2017. Early signs show strong demand for the new console as pre-order numbers suggest retailers will struggle to keep up, likely due to the persisting semiconductor shortage out of Taiwan. Whilst the shortage might pose another risk to Nintendo, the OLED device might be the key to a successful FY22, with the margins expected to be 50% higher than the base model. Nintendo makes about $40 (15%) on the sale of the Nintendo Switch and will likely make ~$80 (23%) on the OLED model, perhaps the kicker required to beat their lacklustre FY22 expectations.

It might be a coincidence that management decided to plan their share buyback in the two-months preceding the release of the new console, announcing they’d buy 1.8m shares or 1.51% of total shares outstanding. As of the 31st of August, they had purchased 1.37m shares worth over US$650m and will likely continue buying whilst the stock trades just above its 52-week low. The timing of this policy during a potential “down year” might be an indication that management feels the company is undervalued, offering significant value to investors willing to look past the relatively small pullback post Cvoid-19 lockdown.

The Activision case is in many ways similar to Nintendo, experiencing similar share price action YTD, falling 13.4%. This comes after their stellar 2021, appreciating ~50% on the back of huge demand for at home entertainment during lockdowns. Where it differs from Nintendo is how well it’s maintained its impressive growth to date, with net revenues higher in both Q1 and Q2 of CY21, than their corresponding periods in CY20. The relatively fixed costs of Activision Blizzard meant their net profit margins have also been increasing in the first half of the year, reaching 38.2% in the second quarter and generating $876m in net income – 51% higher than Q2CY20.

Its recent negative price action can likely be attributed to most analysts’ expecting a substantial retrace in monthly active users (MAUs) once lockdowns subsided. Q1CY21 MAUs increased by 28m (7%) and the second quarter numbers showed a slight retrace from Q2CY20, evidence that the falloff many predicted is looking increasingly unlikely, as Activision Blizzard has managed to successfully minimise ‘churn’ YTD.

Management is confident they can hit a 1 billion MAU target by ~2025 without any significant acquisitions, rather using a cross platform system and their own IP to make popular games more accessible to customers. This was evidenced with their Call of Duty franchise, where the mobile app version of the game hit 500m downloads and US$1bn revenue within 19-months of launch. By replicating this process on similar games and attracting new customers from different platforms, management’s aspirational goal of 1bn MAUs might not be so far out of reach. Extrapolating from their current ~410m users and assuming management is successful in both hitting their growth target and maintaining their Rev/MAU of $20, revenue could quickly grow from 2020’s $8bn to $20bn by 2025.

As briefly touched on above, Activision Blizzard has a unique tailwind in its exposure to the rapidly growing esports space. In 2018, they signed a 2-year exclusive agreement with Amazon’s Twitch valued at $90m and have since entered a new 3-year exclusive agreement with YouTube worth $160m. The size of the esports market is still relatively small, valued just shy of US$1bn in 2020, although is expected to grow at a CAGR of 23% to $2.89bn by 2025. Media rights currently makes up ~30% of the total esports market and is tipped to be the fastest growing segment between 2020 to 2027, with a CAGR of 24.4%. With Activision’s reputation as one of the leader’s in esports gaming and assuming they’re successful in reaping most of this expected growth, it’s easy to see how esports becomes a serious business unit over the coming years.

For those investors interested in the fast-paced video game industry, looking for direct exposure to some of the most exciting thematics, including advanced gaming entertainment, esports, and the potential for NFT exploration. Nintendo and Activision Blizzard are two potential plays to add to your watchlist. Both companies have proven track records of developing some of the most iconic video games in history, pushing the limits and leading the industry in their own right. At current valuations, it seems both opportunities might offer value to those willing to ride out the video game slump, as patient investors are often rewarded.