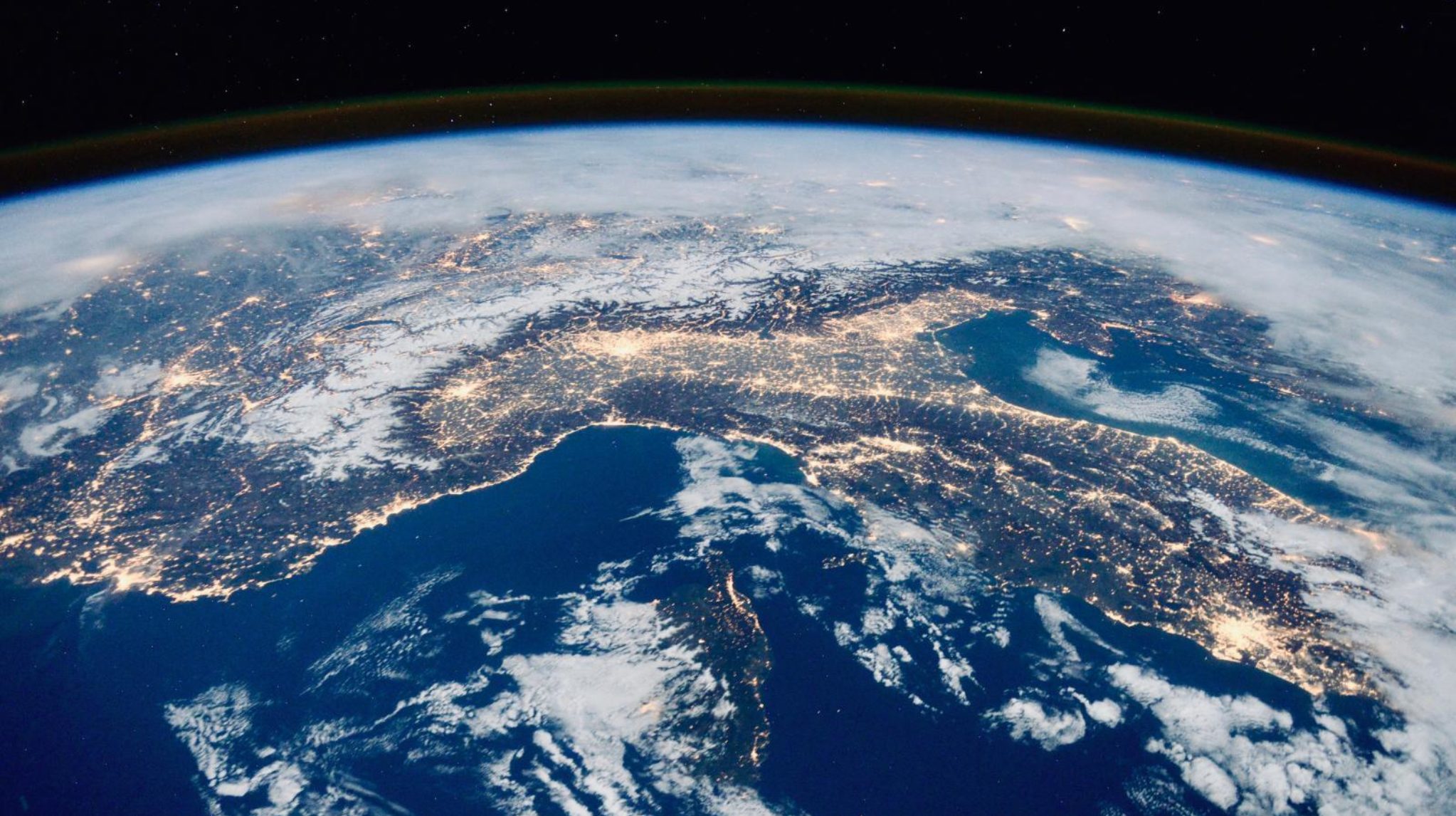 At the start of this year I decided that from February onwards, each month I was going to commit to writing something for Chris Judd Invest to tie up the finance video content I was creating through a monthly newsletter. It seems like a stupid thing to continue with at the minute, but it also doesn’t feel like a good time to break promises you’ve made to yourself either, so with that in mind, here’s the March article.

As the Corona Virus rolls on, it’s devastating to watch the loss of life stacking up throughout Europe and other parts of the world. As of writing this on Wednesday March 25th there’s been some mildly reassuring news coming from Italy as the draconian levels of lock down slowly start to have a positive impact on the spread of the virus. As “locking down” gains momentum here in Australia as well, it’s not fully clear just how bad the virus and our hospital's ability to deal with capacity issues will get. What is becoming clear is that the economic cost in Australia has already been enormous particularly in any industry involved in the consumer discretionary space. From hospitality, retail, travel, to rugby and the AFL, the hit to revenue and in turn job cuts has been incredibly brutal leaving many families being left with even more anxiety during a time that is already stressful for all.

As much as I’m embarrassed to admit it, I still largely view the world through a footballing lens. I’m now well and truly an adult by legal definition, and would even be getting close to adult status by level of maturity (it’s taken a while), a large portion of my day is spent reading about macro-economic events, I have kids of my own, but my understanding of the world so often comes back to football and the lessons it taught me from the age of 7 to 31. One of the things people regularly talk about in the AFL when assessing who will be a star player in the future is to try and debate about what type of player will be valued most by a futuristic style of game. They’re fun conversations to have but after a while they go round in circles and it becomes clear that what the AFL will look like in terms of game style in 10 years-time is largely unknowable, people can guess, and the best footballing minds will guess with greater accuracy, but it’s risky basing selections of recruiting players around what a hypothetical game will look like tomorrow. What makes much more sense is to look at what hasn’t changed and what won’t. In the AFL, having players that are hyper-competitive, can win their own ball and can distribute it well to team-mates have always been attributes of valuable team members since the game was first played and will be as long as it’s played. The hyper-competitiveness is the catch all trait that ensures that whatever the game style looks like, the individuals drive to innovate and adapt will be strong enough that they always remain of value to their club, no matter what the game looks like.

Debating about an unknowable future is also a favourite past time of investors. And clearly it can be profitable to be at the start of a trend that takes off. Satoshi Nakamoto the person or group behind the Bitcoin White Paper published it on October 31, 2008, 28 days after the US Congress passed the Emergency Economic Stabilization Act of 2008 as the world reeled from the Global Financial Crisis. There will be changes to our economy and way of life in a post corona world as well, but for every bitcoin, there will be thousands of costly flops. Much like recruiting players, a more reliable value creation strategy seems to be to look at things that don’t change and are unlikely to in the future.

While the monetary and fiscal stimulus currently being injected into markets and the economy feels unprecedented, the debt that governments are being left with around the world is a story that’s been written many times before. Luke Gromen (@LukeGromen on Twitter) has predicted many of the events happening today brilliantly over the previous couple of years and this week in his Macro-Voices interview https://www.macrovoices.com/ he walks through how the story always ends.

In his interview with Erik Townsend, Gromen cites a paper “The Liquidation of Government Debt” https://www.imf.org/external/np/seminars/eng/2011/res2/pdf/crbs.pdf which states that the only way that highly indebted governments can eradicate their debts is through growth, default or inflation which decreases the real value of the debt even if the nominal value remains the same. While growth is the most palatable of these options, the paper states that high levels of public debt hasn’t historically been conducive to economies growing strongly which leaves default or inflation as the two remaining options. And both of these options are positive for gold.

While worrying about inflation during a deflationary shock like we’re now experiencing can feel a bit ridiculous, the strength in the gold price, currently US $1641 per ounce, through this crisis shows that it or sovereign defaults are currently at the forefront of many investors thinking.

Another aspect of the gold price that has been fairly constant over time has been its correlation to silver. In a metaphorical sense, gold can be viewed as a grey-haired elder statesmen, particularly during times of crisis, while silver is it’s wild younger cousin that’s more volatile, and capable of wilder moves both up and down. 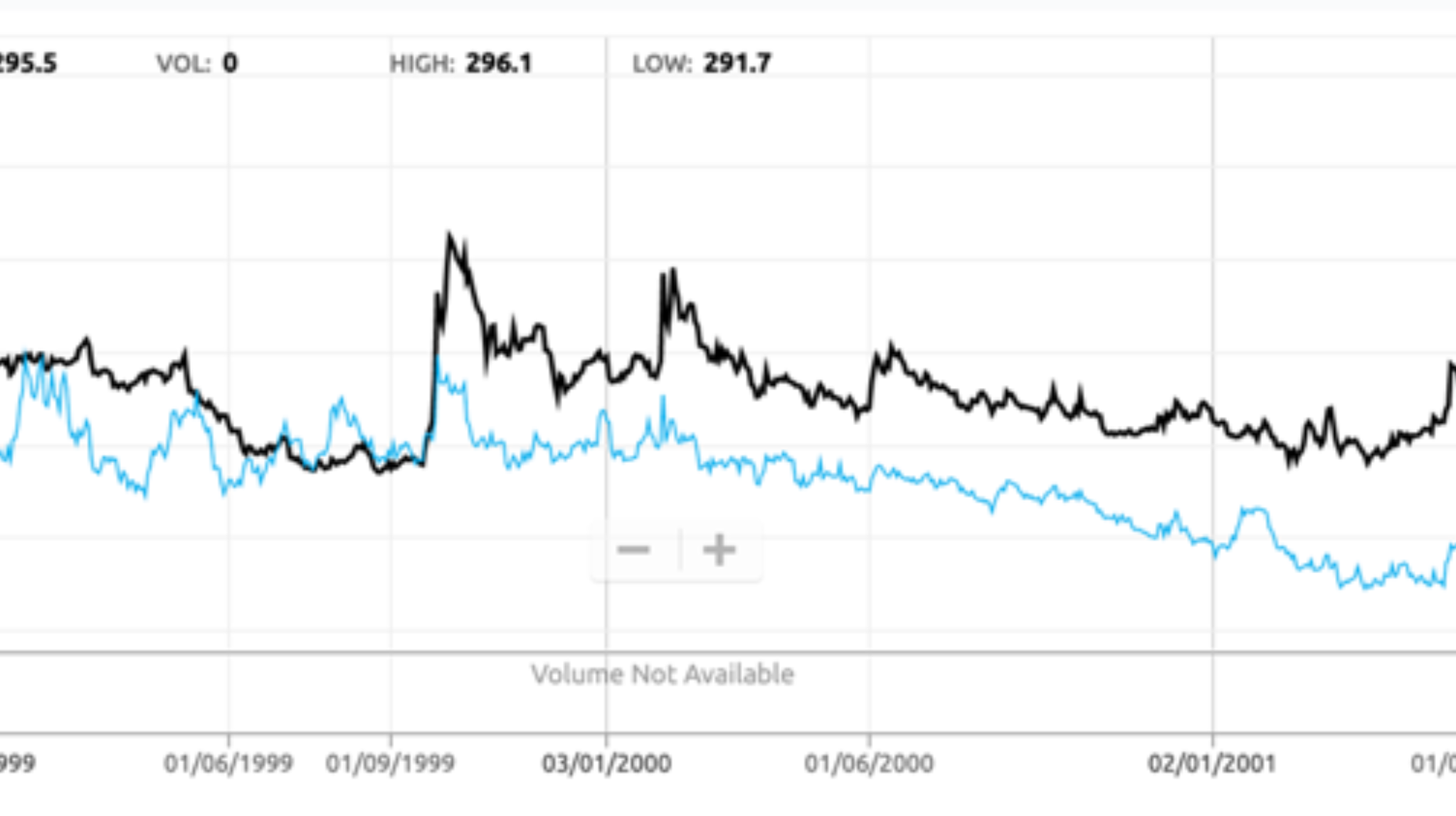 But correlated they are and as Julian Brigden from MI2 pointed out this week the relative strength index of gold vs silver is at 55-year highs. 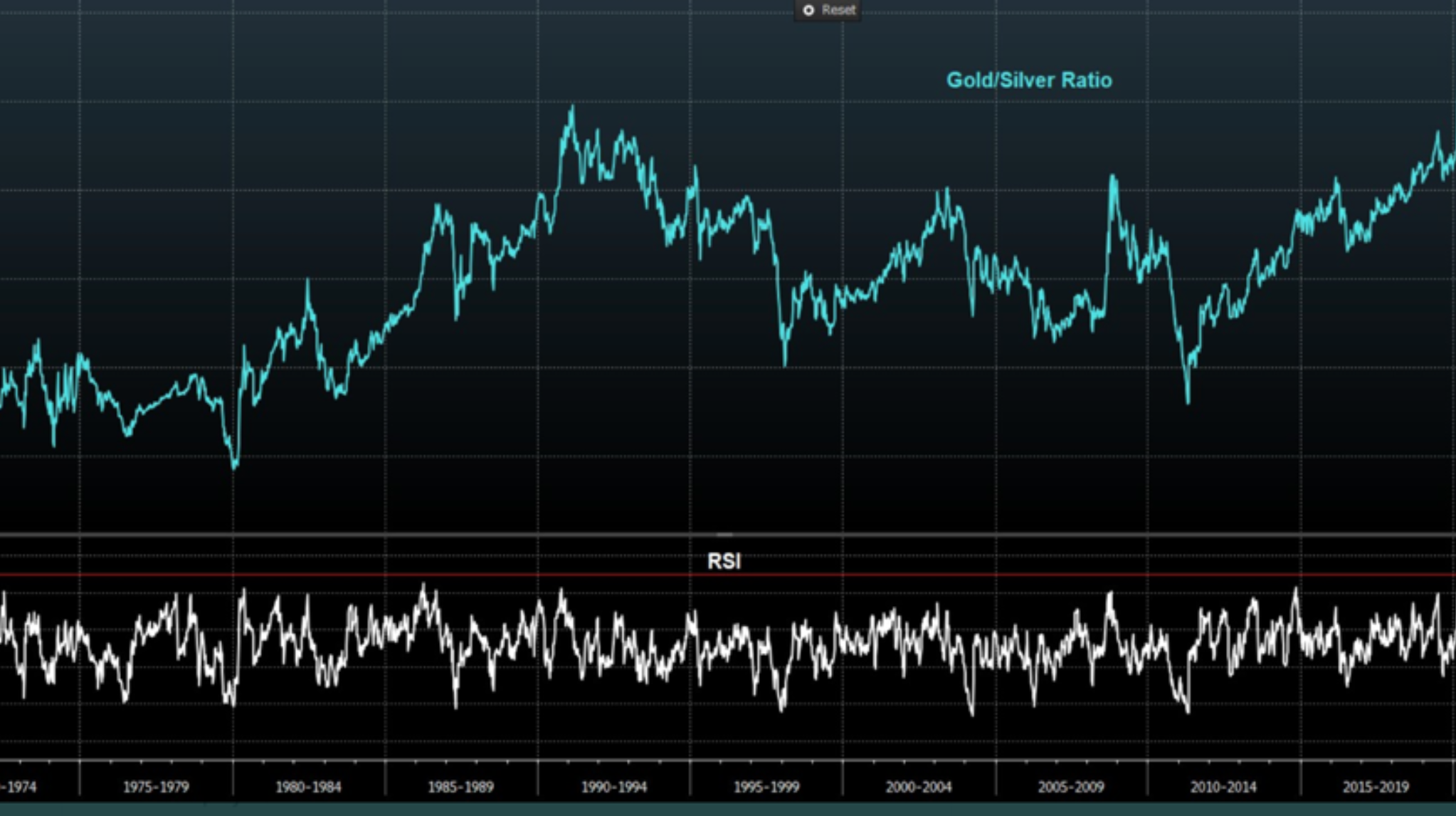 None of the above should be considered investment advice, my current portfolio performance is testament that there are far smarter people out there to get investment advice from. It may however prove useful for people looking to explore new ideas that they haven’t thought about in what are trying times for investors and humanity alike.

Nothing is orderly about current markets and there are going to be wild swings for a while in all asset classes which may not suit many investors. Even the wild move to the upside we’re experiencing today (Wednesday, March 25th) while welcome to long only investors still doesn’t fill me with any confidence that markets are functioning normally. Like many, I’ve been reading a lot through this period of volatility and the most comforting thing I read recently on investing came from Nick Maggiulli’s blog “Of Dollars and Data”. In it he wrote “And that, my friends, is why the only safe asset that I know of is the one that sits directly between your ears. It is the only asset that can’t be drawn down, can’t be stolen and can’t be lost.” On that note, good luck, most importantly on staying healthy, but also on preserving and even growing your most valuable asset, even if all the others you own are currently being crunched.