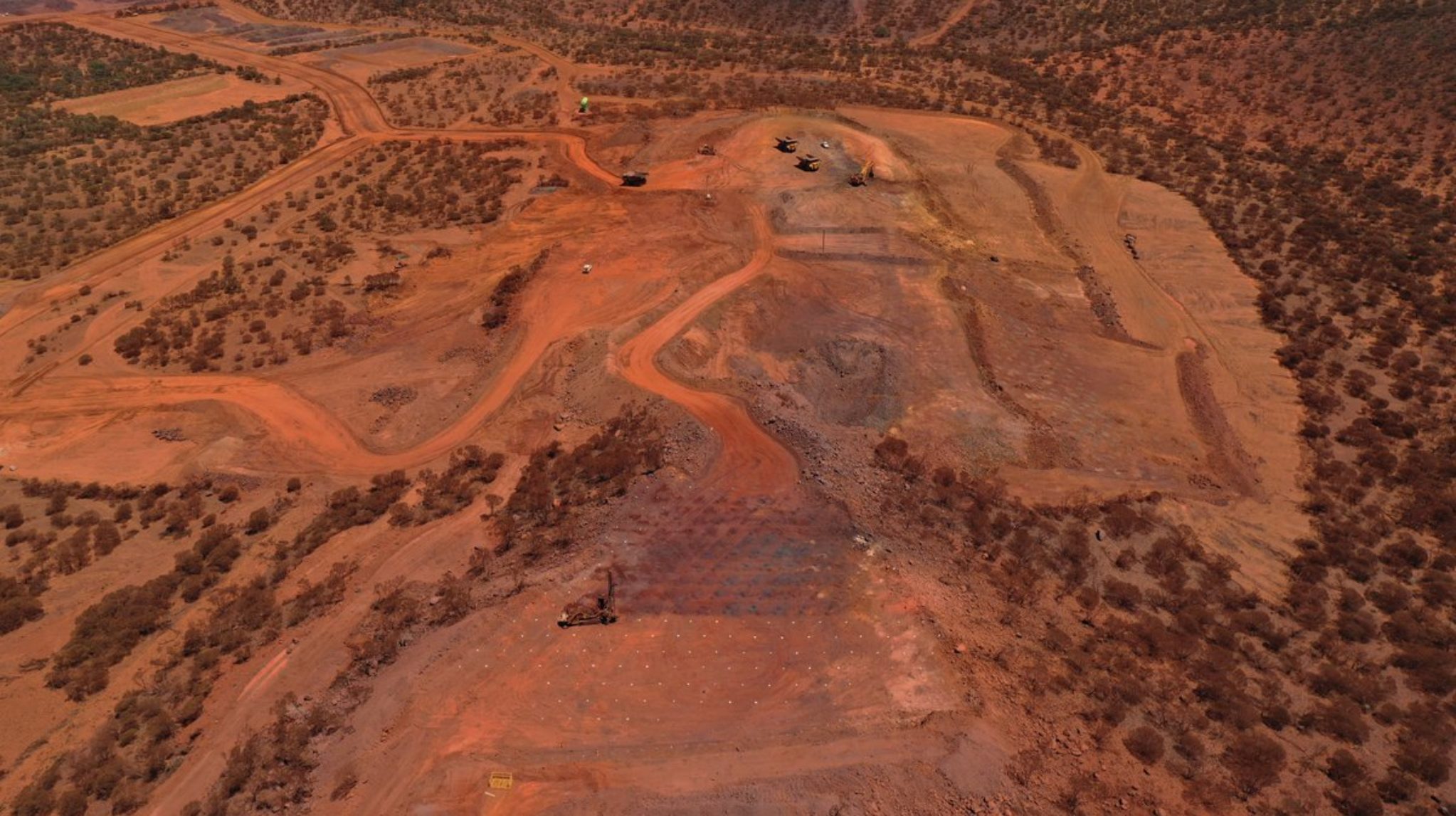 As the world recovers from the Covid crisis and governments look for ways to boost GDP in the short term, most will look towards heavy infrastructure spending as the answer to their problems. A 2014 study by the IMF found that a 1% increase in capital spending as a percentage of GDP directly leads to a 0.4% increase in output in the same year, and a further 1.5% increase four years on. This rebuilding phase has likely been the catalyst for soaring commodity prices, some even suggesting a commodity super cycle is upon us. This thematic sets the scene for this small cap iron ore miner, looking to take advantage of these near-historic iron ore prices. Fenix Resources is a WA based producer of high-grade iron ore, located 70km north-west of Cue. Its only operation is its 100% owned, flagship Iron Ridge mine, containing 7.76 million tonnes of iron ore and a ~6-year LOM.

What is most eye-catching about this iron ore play is its ability to generate serious cash at a $110m market cap – whilst also being debt free. Within its first year of production, Fenix is likely to record EBITDA well in excess of its modest market cap, with investors likely to see an EBITDA/market-cap ‘breakeven’ sometime in the 2QFY22. Over that period, FEX should expect revenues of $240m, indicating a healthy EBITDA margin of 59%, bolstered partly by improvements in C1 cash costs over time. Whilst their valuation is underpinned by the price of iron ore – as with all resource players – its current valuation might still offer an asymmetric risk-to-reward opportunity, given the size of the cash flows expected in the near-term.

Given Fenix’s relatively short life of mine, commodity price fluctuation is their foremost obvious threat. Iron ore prices started rising in May 2020, with explosive movements late last year leading to the current 8-year high, of US$170/tonne for 62% Seaborne Fe. The previous comparable iron ore bull run lasted approximately 2 years, starting in early 2010 and finishing in 2012, with prices ranging between US$137 to US$188 per tonne over the period. As with almost all iron ore bull markets, prolonged heightened prices are determined by demand side, with supply issues rarely long-term. The 2010 run was largely supported by government infrastructure spending post-GFC, as a key tool in a government’s belt to stimulate the economy. With governments globally looking to spend big in 2021 – the Biden administration about to announce a $3 trillion package focusing on roads, bridges, and other infrastructure projects – similarities can easily be drawn between the 2010 and current Covid-19 recovery.

China’s position in the iron ore market is becoming rather complex. A tug-of-war between their diplomatic issues with Australia and self-interest in completing their own economic initiatives, notably the push for greater urbanisation and the infamous belt and road project, means the price of iron ore is awkwardly stuck in the middle. The steel producing city Tangshan, in the Hubei province, has likely been doing the bidding of the Chinese Communist Party, restricting steel production for ‘environmental’ reasons. Iron ore was in their firing line, with prices taking a tumble at the indication that steel production would be lower for an unspecified time. Although, since the announcement over a fortnight ago, prices have fully recovered, hovering around the US$165/tonne mark, an indication that the market is looking past the politics.

With analysts expecting a range of different possibilities for the price of iron ore over the 2021 calendar year and beyond, it is good practice to test outcomes at different price points. Assuming Fenix hits its target of approximately 320k tonnes of iron ore shipped per quarter (~1.25m tonnes p.a.), it should start to produce impressive numbers, likely to begin with their upcoming March quarterly due mid-late April. At that level of output and at an average realised price of US$170/t, investors should expect ~$45m EBITDA per quarter, and at a realised price of US$160/t, EBITDA of ~$40m per quarter. Modelling suggests Fenix’s operations on the Iron Ridge mine will produce ~$100m FCF to the firm in FY22, again a useful exercise to compare that sum to their modest $110m market cap. For those analysts expecting the iron ore run to end imminently, at a US$120/t price – representing a 25% discount – Fenix will likely deliver ~$24m EBITDA per quarter, still in line to produce its market cap in earnings over a 1-year period.

Investors currently have their eyes glued to the Mid-West Ports website, fixated on whether or not Fenix will successfully load their 4th shipment before the end of the March quarter. The upcoming quarterly might serve as a catalyst that finally gets the ball rolling, with little to no price action since operations commenced earlier this year. With the 4th shipment expected to depart on the 31stof March, Fenix should record the successful sale of ~220k tonnes in the first 3-months of the year, generating approximately $27m EBITDA and ~$19m NPAT, on revenues of around $47m. This comes after management announced on the 10thof March that production had been ramped up above its “nameplate levels of 1.25mtpa,” indicating operations were actually “one month ahead of schedule.” The upcoming report might act as a de-risking for investors, giving a much clearer view of expected costs to production and how Fenix intends on capitalising off of strong iron ore prices into the future.

With operations underway and cash piling from the fortnightly shipments, management now bares the responsibility for deploying that cash. To date, management hasn’t given great detail on how these cash flows will be allocated, with some suspecting management would not be opposed to a dividend payout. Based off of the current estimates, FEX could position itself as a high yielding iron ore play, exciting for investors seeking yield in this low yielding environment. It is more likely that management will look to expand their operations, with their modest LOM being their most notable drawback for institutional investors. On the 8thof February, Fenix announced it had executed a farm-in and joint venture term sheet with Scorpion Minerals (ASX: SCN), with the tenements adjacent to the Iron Ridge Project. Fenix may earn 70% of the iron ore rights on the tenements by sole-funding exploration and resource definition drilling to identify up to 10 million tonnes. Alternatively, Fenix may earn 70% of a discreet portion of the tenement package by self-funding a feasibility study on an identified Mineral Resource of at least 1 million tonnes of iron ore. Although the JV is indication that management is taking a step in the right direction, investors will likely expect more ambitious projects to be announced in the near-term. Whilst strong iron ore prices are the key to Fenix’s short-term success, how management chooses to deploy the cash is what should excite investors for the long-term prospects of the company.

Investors seeking greater exposure to resources and a play on the underlying Covid-19 rebuild thematic, should add Fenix Resources to their watchlist and put some time into researching their story further. With the steepening yield curve pushing investors away from growth stocks and towards value, the market should begin to reward companies like Fenix as they enter production. Priced at a $110m market cap and currently generating ~ $6.5m EBITDA per shipment – of which it delivers two per month – the opportunity offers a seemingly asymmetric risk/return profile for investors, especially given minimal price action after serious de-risking from the commencement of operations earlier this year. For those interested in the company and looking for FEX’s potential short-term catalysts, track any significant move in iron ore prices and look out for their first quarterly since the start of the Iron Ridge operation, expected in mid-late April.